Does teleconsulting reduce the number of face-to-face visits? 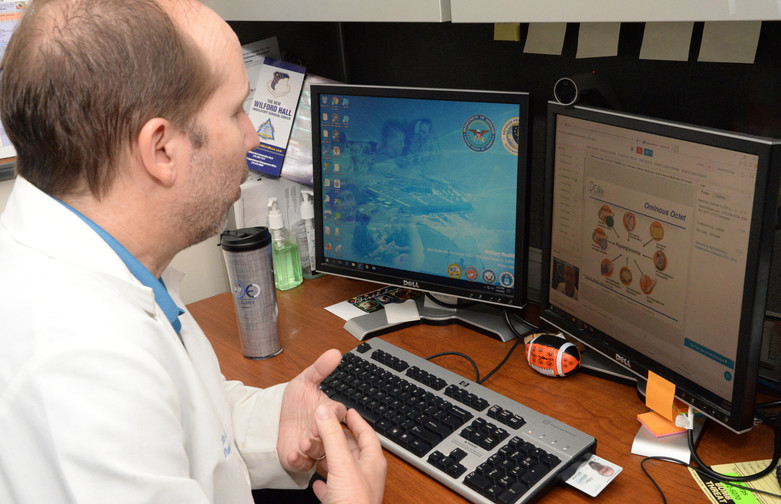 The preliminary results of a study on eConsultations in Central Catalonia has been released. eConsulta is a teleconsultation service involving patients and GPs which is part of the public health system of Catalonia’s IT system. It has been operational since the end of 2015, existing alongside face-to-face consultations with primary care teams throughout the territory and is offered as one of the services available in La Meva Salut [the My Health web portal]. One of its objectives is to reduce face-to-face visits with low clinical value. However, is it effective? To find out, we had the help of 18 professionals from the Central Catalonia Health Region, who retrospectively classified the cases they managed via eConsulta (2,268) according to 13 categories (see appendix at the end of this section), deciding whether, in their opinion, they had avoided a face-to-face visit. The results are shown below: Table 1: Number of eConsultations, by type It can be seen that the most frequent eConsultations involve test results, for medical reasons and the management of a patient’s medication, while the least frequent are request for reports and certificates, questions concerning vaccinations and queries involving anticoagulants. It is notable that the second most frequent type of consultation is for medical reasons, suggesting that there is a demand for a non-presential model to deal with health problems. It is also worth noting that errors and tests account for almost 9% of the total, which shows the experimental nature of the approach. In the future, the study will exclude these categories (numbers 10, 11 and 13). The results show that the ability to reduce the number of face-to-face visits is fairly similar across all types of query, while always higher than 70% (Graph 1). The eConsultations which were least effective are those in the category "Other", though there is no evidence as to the reasons behind the difficulties in avoiding a face-to-face visit. It should be noted that there was a very high degree of consensus among doctors, although the low variability in their positive perception of the ability to resolve the different types of cases gives little indication of the factors which facilitate and limit the intervention. The relationship between the ability to reduce the number of visits and the sender and length of a message was also studied. Firstly, the data shows that who initiates a conversation has no bearing on whether a satisfactory outcome is obtained (Table 2). Regarding the length of the message, the study investigated whether conversations involving lengthy exchanges are more or less successful. On one hand, the length of a message can be taken as an indicator of the approximate complexity of the case, while very short messages might not be sufficiently clear to successfully deal with an enquiry. In order to analyse these factors, the messages were classified into 3 groups: with a third classed as ‘short’, a third as ‘medium’ and the remaining third as ‘long’. The analysis shows that message-length is not an indicator of whether a query is likely to be resolved. Table 2: Degree of resolution of face-to-face visits, by type To conclude, we can state that the use of eConsulta is strongly linked to reducing the number of face-to-face visits and that it has been shown to be a valuable tool in avoiding interactions with little added clinical value. The study was approved by the Ethical Committee for Clinical Research at the Foundation University Institute for Primary Health Care Research Jordi Gol i Gurina, with registration number: P18/023. We would like to thank the doctors from the Catalan Health Institute’s Central Catalonia Management Team for their kind cooperation. It was a joint project between Francesc López (Fundació TIC Salut Social), Dr Josep Vidal Alaball (ICS), Dr Marta Sagarra (ICS), Anna García-Altés (AQuAS) and Francesc García-Cuyàs (Sant Joan de Déu).