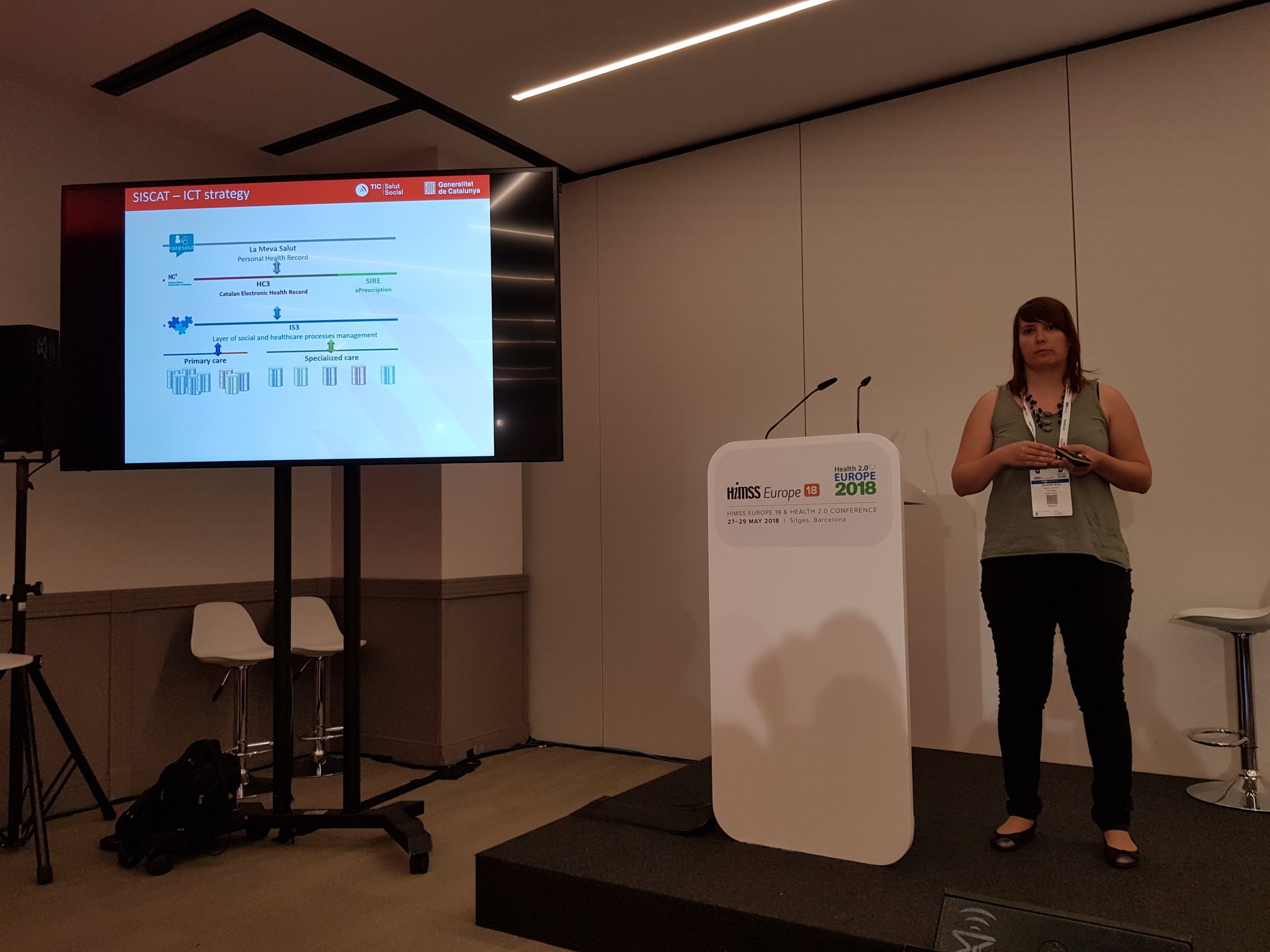 The workshop’s objective was to debate the existing difficulties in achieving total interoperability in the health sector.

The week of the 27th – 29th May, the TIC Salut Social Foundation participated in HIMSS Europe 2018 and Health 2.0, two international congresses which were both held in Sitges (Barcelona). Ariadna Rius, the Head of the Foundation’s Office of Standards and Interoperability, chaired a session on interoperability within the HIMSS, entitled: “Interoperability – What’s taking so long?”. The workshop was aimed at discussing the still-existing difficulties to achieving full interoperability, both at the regional and cross-border level.

The session was divided into two parts: a debate and smaller workshops on various topics. The following participated in the first part: Nicky Hekster (IBM Watson), Gürhan Zincirzağlu (CIO, Tyre, Turkey), Michiel Sprenger (Nictiz, The Netherlands), Charles Parisot (IHE Europe), Javier Quiles (SERGAS), David Hancock (InterSystem) and Petra Wilson (Health Connect Partners / FTI Consulting). The debate addressed the concept of interoperability, with its different dimensions, commenting on the current state of each participating region and highlighting the various challenges which have yet to be met.

In the second part, the participants were divided into 6 groups, in which there was an emphasis on the need to combine stakeholders with a common vision; and the fact that at present the semantic and legal layers are the areas which present the greatest challenges; and the distance which still exists between the healthcare world and ICT.

Among the debate’s conclusions was an emphasis on the need to align all stakeholders with a common vision, to work with international standards organizations to gain access to knowledge and pre-existing use cases, and the challenge currently represented by the semantic and legal layers of interoperability.