AI: a tool to meet the new challenges involving the recording, structuring and manipulation of data 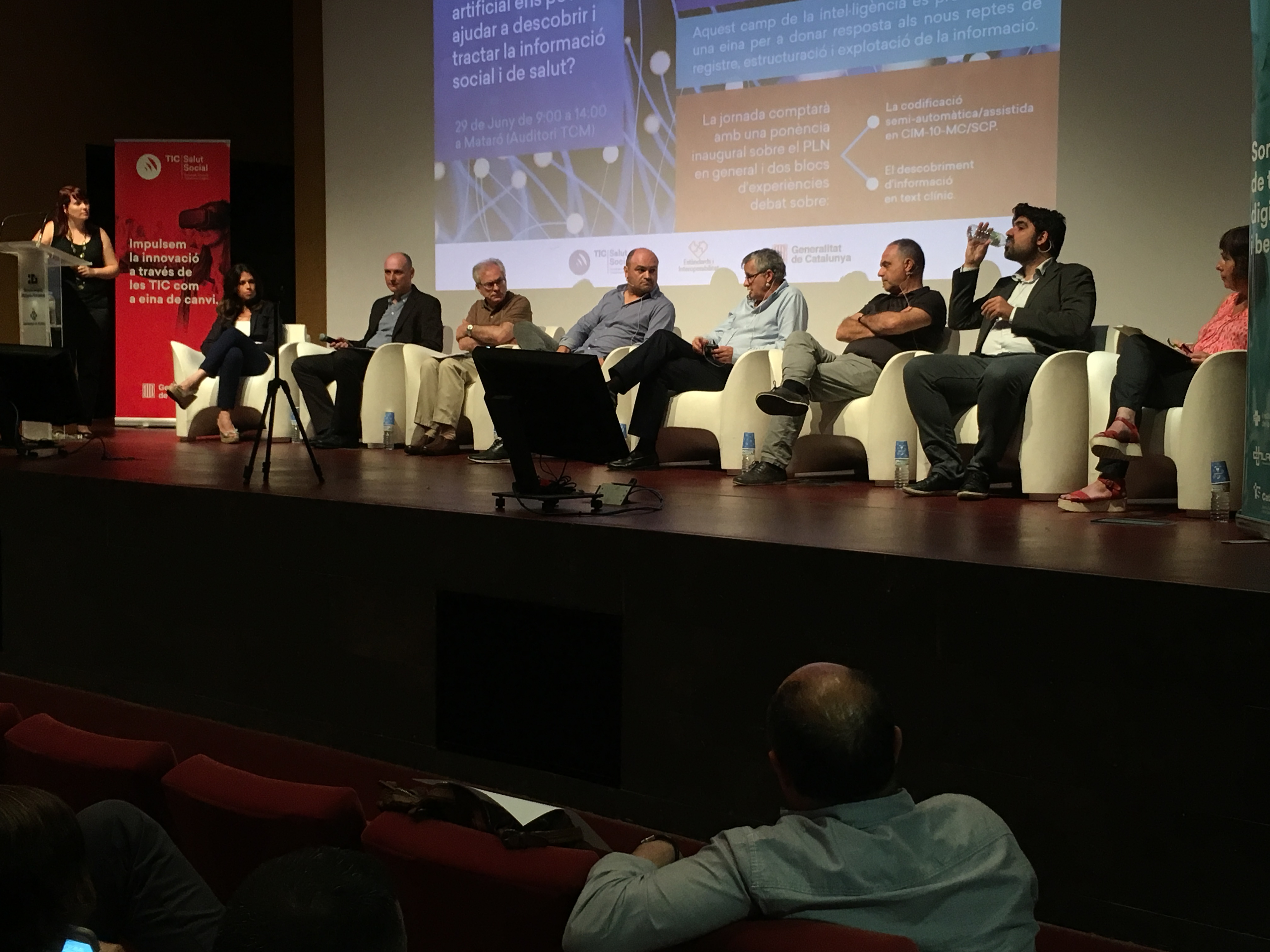 The science of Artificial Intelligence (AI) is increasingly finding new applications in the modern world. Data Diving Day, organized by the TIC Salut Social Foundation on June 29, was aimed at analysing how such technology can help us to obtain and process health and social data.

AI is a tool which can be used to address new challenges involvong the recording, structuring and manipulation of data. Data Diving Day consisted of an introduction to IA by Ariadna Rius, Head of the TIC Salut Social Foundation’s Office of Standards and Interoperability; and a series of debates related to semi-automatic/assisted coding in ICD-10-MC/SCP, and the discovery of information in clinical text. The event was held at the Mataró-Maresme Tecnocampus and was attended by some 150 participants.

Since January 2018, ICD-10-MC/PCS has been the required format for registering and diagnoses and procedures in numerous CatSalut [Catalonia Health System] systems such as the CMBD [Conjunt mínim bàsic de dades or the Minimum Basic Data Set]. The move to the latest version of the classification system has had an impact on different levels, since it affects invoicing and the manipulation of data, beginning with how it is recorded. The increase in both diagnosis codes (from 14,025 to 71,486) and procedure codes (from 3,838 to 71,924) with ICD-10-CM/PCS compared with its predecessors, creates a challenge when coding information generated by healthcare professionals. There are also procedural changes, with the way in which the code is constructed having undergone a major overhaul, since it is organised into axes which, when combined, assign a value to each of the 7 digits.

The complexity of the latest version of the classification system necessitates tools to help with the coding process, in either a semi-automatic or assisted manner. Several such tools, which make use of AI and PLN, were presented at Data Diving Day.

The discovery of information in texts

The second round-table, moderated by Jordi Martínez, the TIC Salut Social Foundation’s Director of Innovation, took an in-depth look at various experiences and tools in which AI and PLN were used to extract key information from clinical texts.

The final session of the debate discussed aspects of the use of these tools, such as the quality of the data used to train AI models. We need to ensure we use high quality data when training such tools, in order to obtain high quality results. The debate also focused on the confidence that companies ought to generate in the medical profession, in order to ensure tools function correctly in a clinical setting. The conference finished by examining the economic aspects and the investment required to be able to deploy such tools and use them as part of everyday clinical practice.