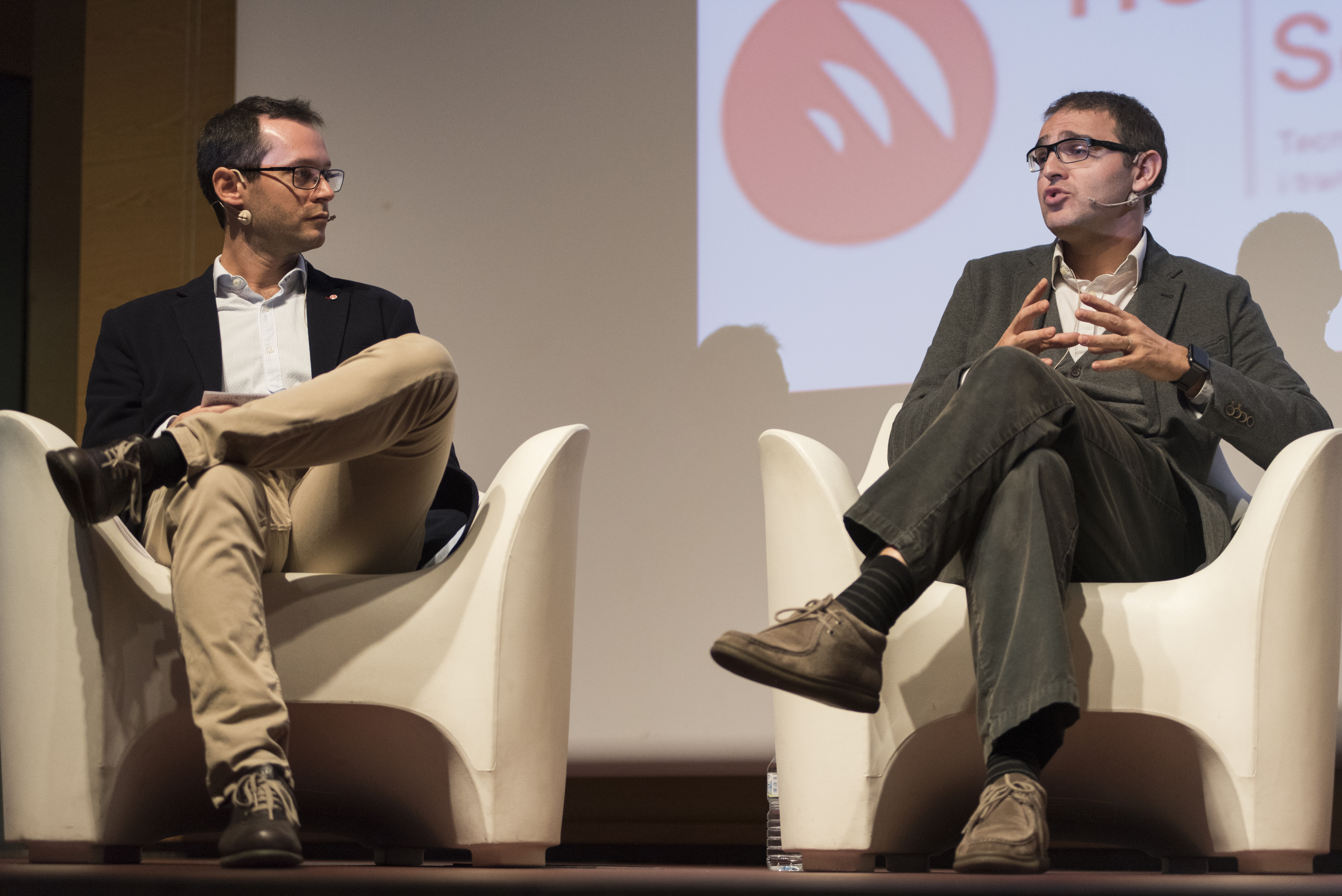 The project, developed by Psious, TIC Salut Social and FMIM, involving a psychological intervention for the treatment of agoraphobia using virtual reality

The 8th Jornades TIC Salut i Social a Vic, On Friday, September 28. The two-day event involved some 400 individuals and the exhibition of over 100 projects in the field of health and social welfare in different formats such as communication capsules, posters and a Speakers’ Corner together with practical demonstrations. One of the proposals was Àgora VR, a psychological intervention project for the treatment of agoraphobia using virtual reality, developed by Psious, the Fundació TIC Salut Social and FMIM (Fundació Institut Mar d’Investigacions Mèdiques – Parc de Salut Mar) since 2017.

Coinciding with the closing of the conference, the different entities involved in the organization rewarded the most outstanding projects in 9 categories such as Innovation, Social Impact or Disruptive. Àgora VR was awarded prize for the most outstanding project in the Digital Therapies category, given by the Fundació Althaia, for their work in improving mental health using Virtual Reality.

“Psious was started 2 years ago, with the support of TIC Salut Social, as a project aimed at applying virtual reality as a means to improve the efficiency and effectiveness of the treatment of agoraphobic problems in patients in Adult Mental Health Centres (CSMAs)”, according to Joan Miquel Gelabert, psychologist and Psious’ Scientific Director. When accepting the award he thanked the Institut de Neuropsiquiatria i Addiccions for, “their support, and the synergies generated with companies such as Vodafone for making the project possible, training mental health professionals, creating protocols for the use of VR and the procedure of the CSMAs using empirical evidence, the commitment of the mental health specialists who have participated in the study to improve the wellbeing of its users and collect the data, as well as the confidence of the patients who participated in the experimental protocol”.

Gelabert stated that receiving the award was “a joy and a great pleasure”, while recalling that, in this, the final stage of the project, in which the analysis of the collected data is carried out, “the information points clearly to the fact that it is feasible to implement efficient procedures based on new technologies in public health”, and concluded by declaring that “it is an honour when it is one’s own colleagues who recognize one’s efforts and work. A big thank you to everyone who has made the AgoraVR project possible.”