The III Aptitude Project Workshop on Active and Healthy Aging 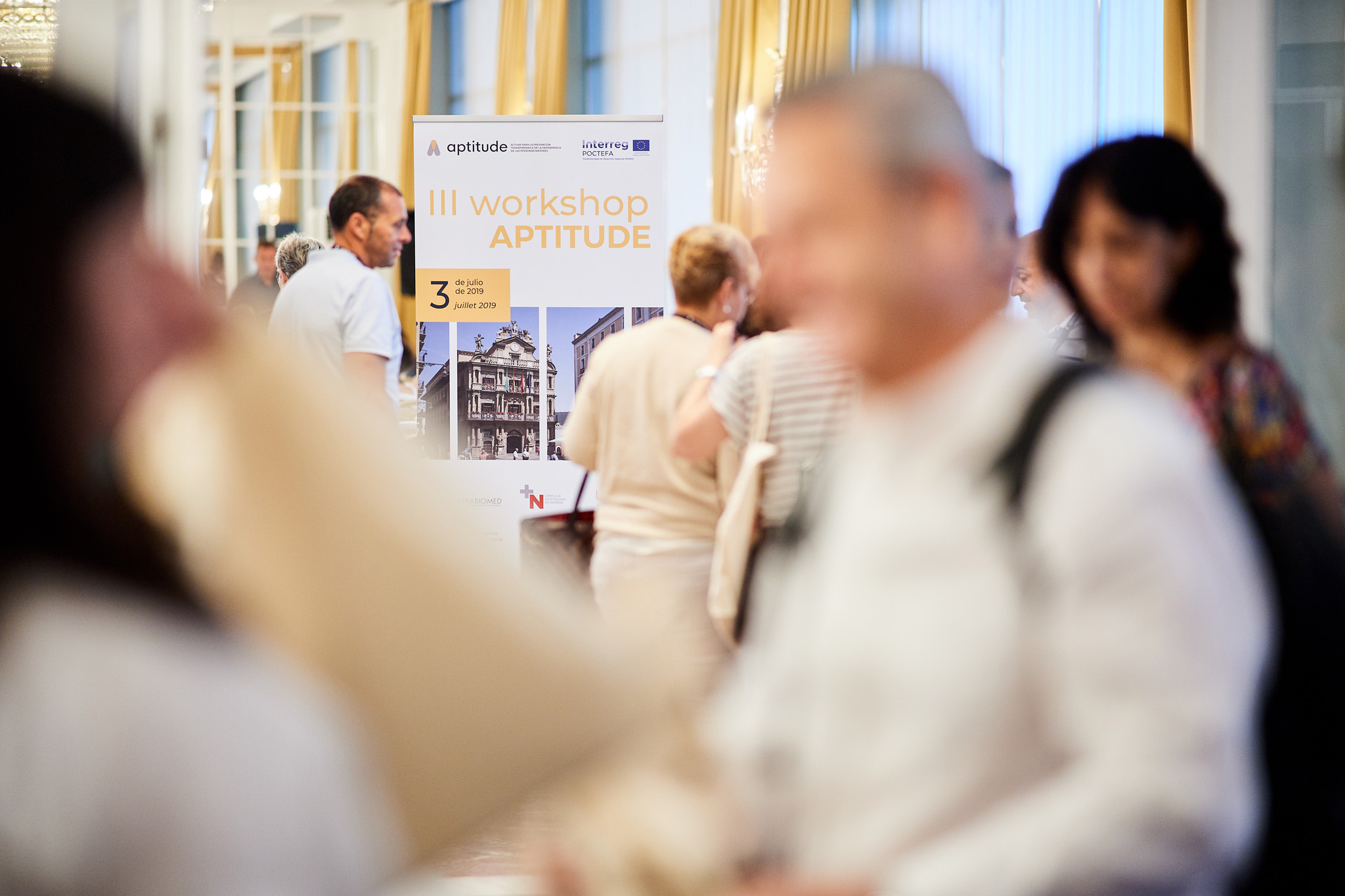 On 3 July, the 3rd edition of the Aptitude Project’s Workshop was held in Pamplona (Spain). The Fundació TIC Salut Social was pleased to be in attendance. The workshop was organized by the Navarrabiomed team, the Hospital Complejo de Navarra and the Universidad Pública de Navarra.

One of the most enlightening talks was given by Dr Norman Lazarus, a Professor at the Centre for Human and Applied Physiological Sciences, King’s College London, entitled “Healthy Human Aging: The Hole in the Doughnut”.

Dr Lazarus, aged 87, who is in excellent physical and mental shape, shared with his audience his secret to staying so healthy at such an advanced age. He has found out thanks to the research he has conducted during his career at King’s College. He spoke of the “Trinity Necessary for Healthy Ageing“:

Dr Lazarus is convinced that by achieving these pre-requisites and maintaining them every day, one can achieve a good quality of life in old age. A statistical curve which shows changes in physical ability forms the basis of his argument.

Some of the key concepts:

Another key presentation was given by Stephen Harridge the Head of the Department of the Centre for Human and Applied Physiological Sciences, King’s College London, entitled: “Muscle aging, stem cells ready to work!”.

Harridge spoke about the concepts of old muscle tissue, inflammation, cellular senescence and the potential role of precursor cells derived from the mucosa in contributing to this phenotype. He spoke of the key part played by the loss of muscle mass in aging.

Harridge placed particular emphasis on the importance of the production of muscle mass. Muscle mass is seen as the major cause of active aging. Levels of autonomy are closely related to an individual’s muscle mass. Harridge provided evidence based on studies involving diagnostic imaging.

Mª Eugènia Soto, the Professor of Geriatric Medicine at Paul Sabatier University, Toulouse, spoke of the implementation of WHO tools in clinical practice based on key concepts:

Salvà spoke about the various blogs which will be created, dealing with: healthy eating, physical activity, psycho-social aspects and so on, as part of a multipronged approach

APTITUDE stands for: Actuar per la prevenció transpirinenca de la dependència de les persones grans [Acting for the trans-Pyrenean prevention of dependence in the elderly]. It is a European project financed by the POCTEFA program involving various countries in the cross-border region of the Pyrenees: Specifically, 10 regions and more than 20 hospitals in Andorra, the French region of Occitania, plus Navarra and Catalonia. In Catalonia, the project is manged by the Foundation for Health and Aging (UAB) and the Ministry of Health.

The project is aimed at encouraging cross-border collaboration to prevent dependence in the elderly through the creation of a network of experts who can provide assistance, training, research and innovation in the field of Gerontology.