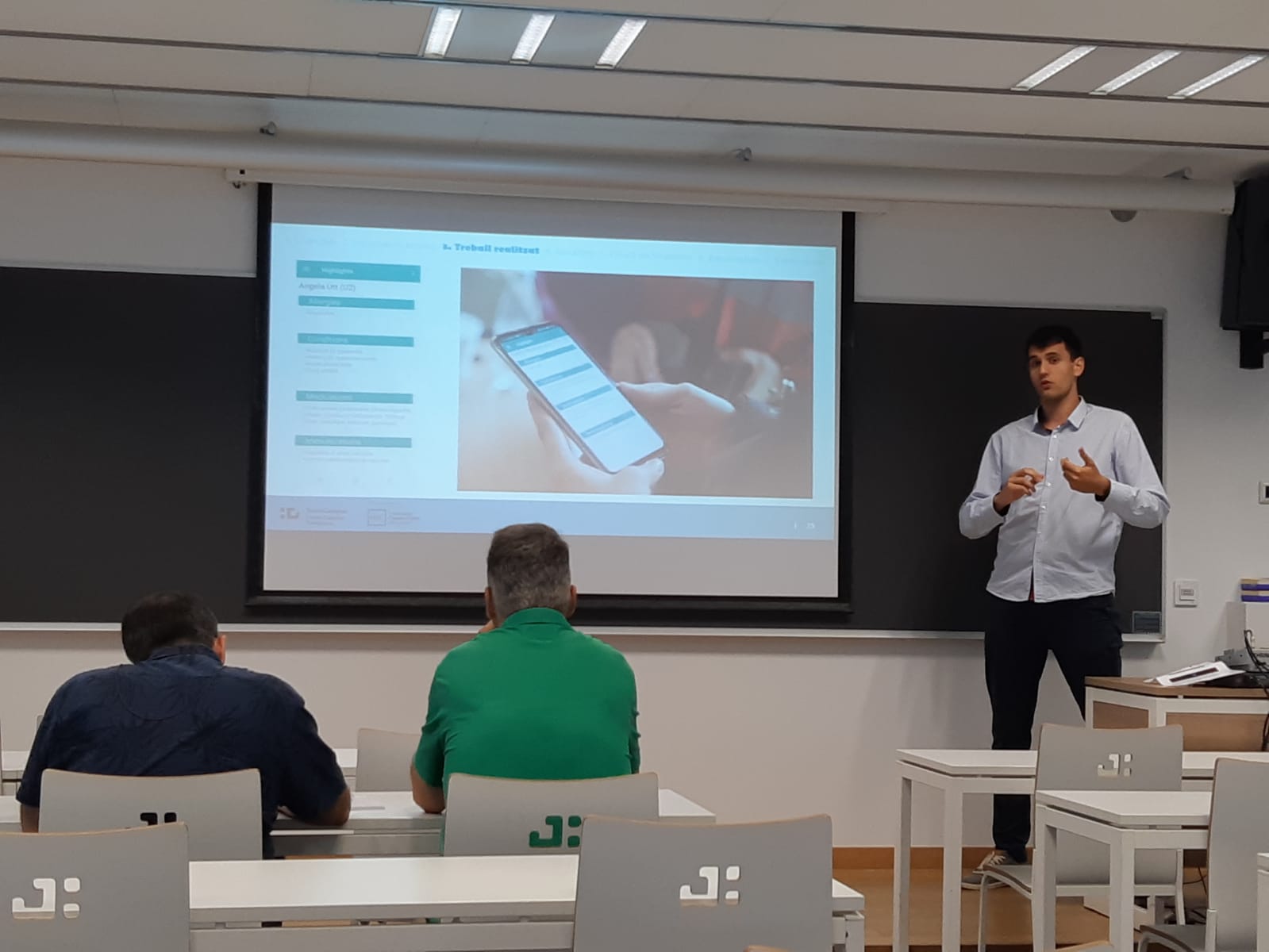 The project -proposed by the Fundació TIC Salut i Social and tutored by Ariadna Rius together with other members of the foundation- was conducted by Solans who is doing his work-placement and his FYP in Computer Engineering and IT Systems Management at the Tecnocampus in Mataró.

The project primarily consists of making it possible to view the International Patient Summary (IPS) by means of a mobile app in the event of a natural disaster and in cross-border contexts.

The project adopts the Trillium II project framework, which specifies what information from the IPS can be displayed in the app.

Solans created an Android app as part of the project. An FHIR server has been implemented, in conjunction with the Foundation.

FHIR is the latest clinical interoperability standard developed by HL7. The standard defines a set of “Resources” which represent detailed clinical concepts, which have been obtained from the app.

The server has been deployed by the Oficina d’Estàndards i Interoperabilitat [Office of Standards and Interoperability] to recover data from patients using the app.

The app was field tested during its development, to determine how it would function under real conditions.

You can find more information here.